Come share your passion, experiences, and questions for the latest fishing craze to take the Nation... you asked for it, and here it is.. TT's SWIMBAIT FORUM!
Post Reply
26 posts

That's based on the Australian market, but their 200k's have the same ipt as usdm k's so I'm assuming it's correct. But who knows if the reel will be a hit or miss.

Still undecided between which reel to get first: tatula 300 or 300k..
Top

My options are Shimano Antares DC MD and Daiwa Z2020 , Daiwa likes the drag sound but its too much heavy , Antares DC its ligther and even more palmeable.

The rod is a Gran Cobra until 4oz and its a very light rod so I woulnd't like to add her a eavy reel on it.

You know I'm amidst repairing one od these DC MD's and I don't see what's so "monster" or "drive" about this thing? The gearset is nothing spectacular or even special...

If anyone's seen it already the Curado 300 K has 10kg drag, Ci4 gearbox side plate and VBS spool brakes.
Top

If the op hasn't already purchased a reel, I'd strongly consider the Tatula 300. I'm not a huge tws fan, but initial impressions are very good. I also didn't think I'd like the narrower and taller size of the tatula 300, but it didn't bother me. A few hours in and I know that I'll like this reel much more than the tranx 300/400 (sold mines earlier this year). Reel feels solid, casts far, is surprisingly powerful (I got the 6.3:1) and drags are smooth (multi-drag stack). I'll need by the end winter to get a better assessment of the reel, and maybe do some side by side tests with other reels.

Sorry for all the pics and I hope this isn't too off topic, but I was servicing a Curado 300e and decided to take pics of them side by side as well as compare the gears. Main gear is the same size, but the tat 300 is a bit thicker. I just snapped some quick pics so no high quality or full breakdown pics or anything. 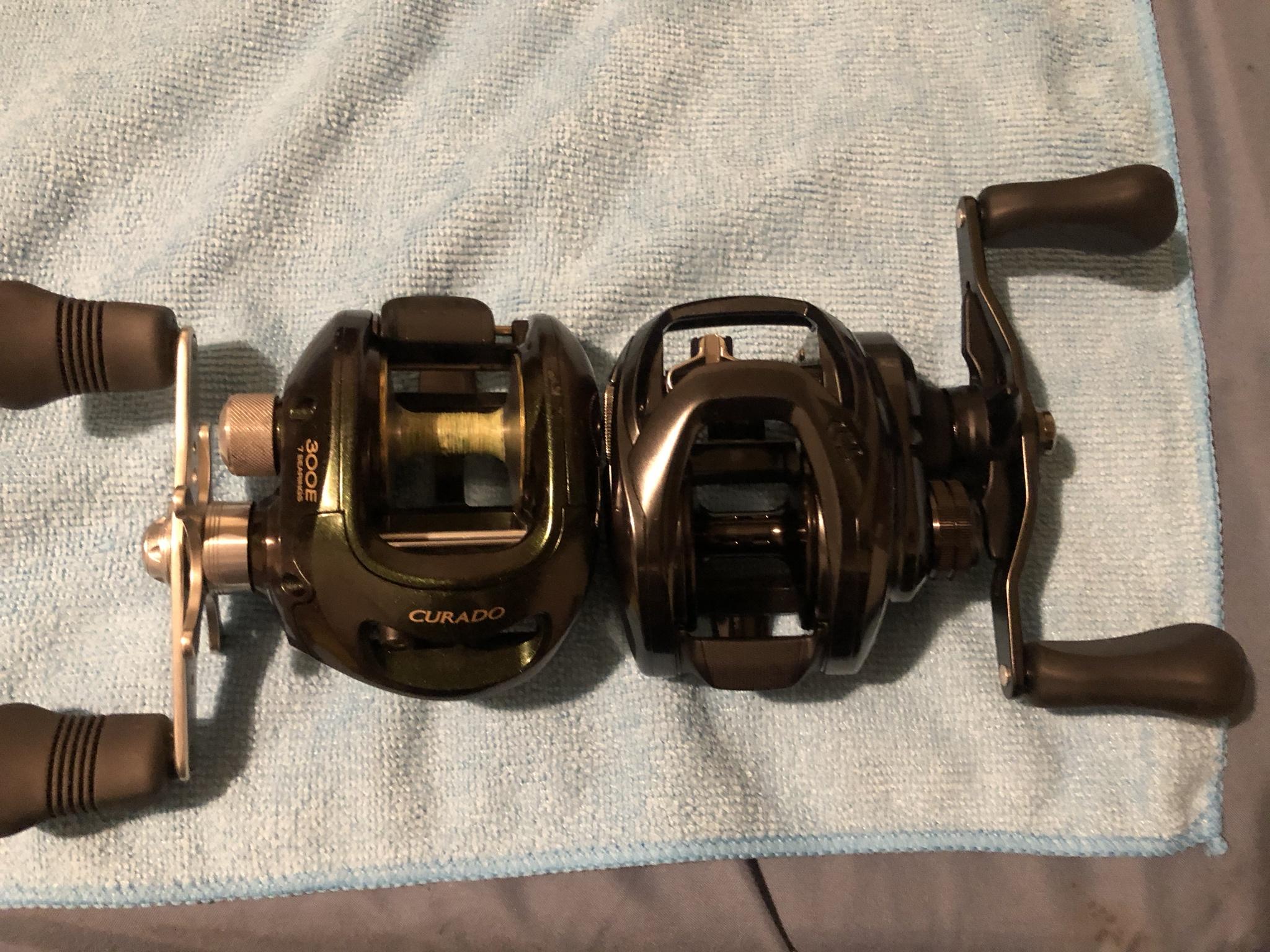 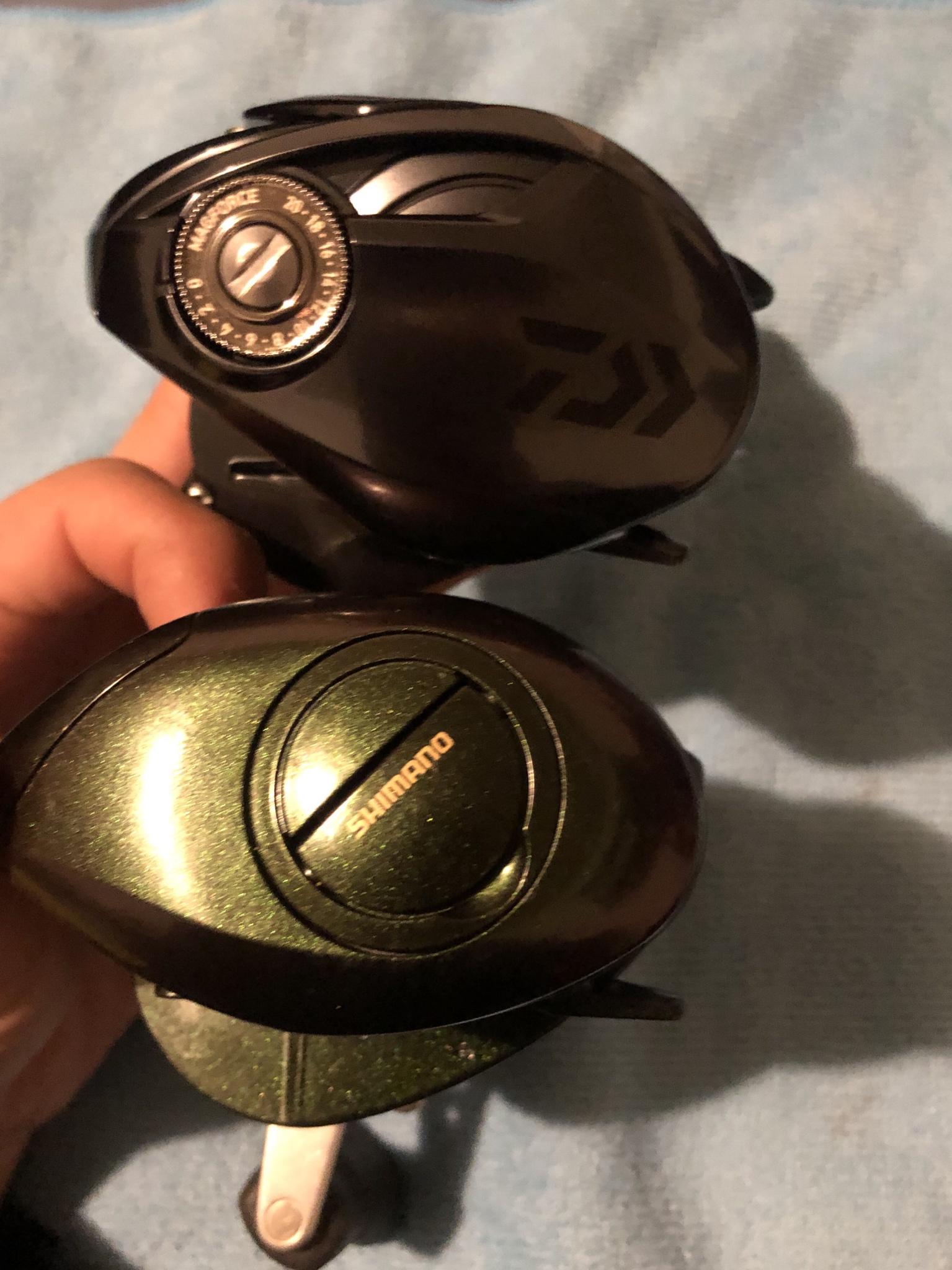 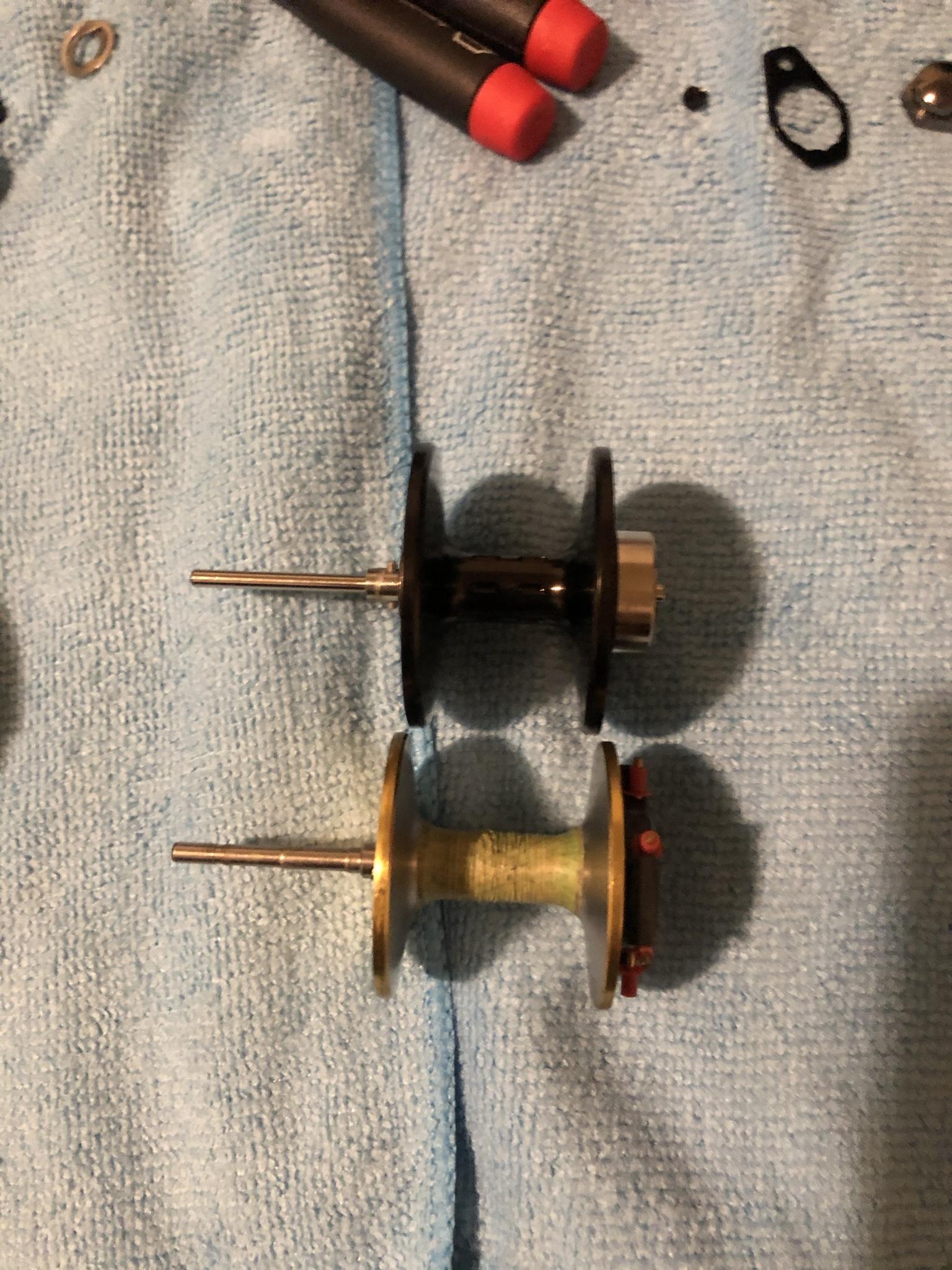 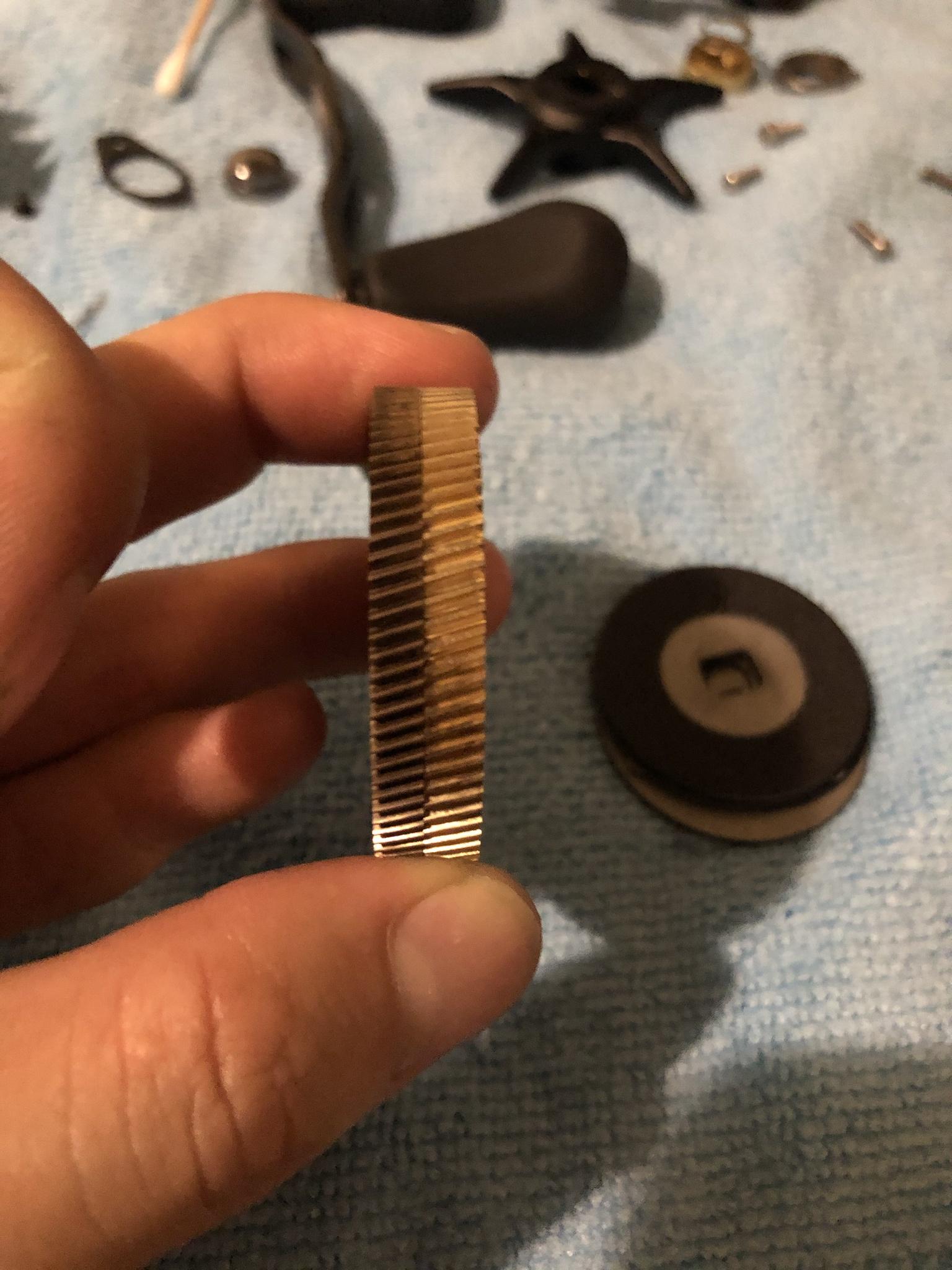 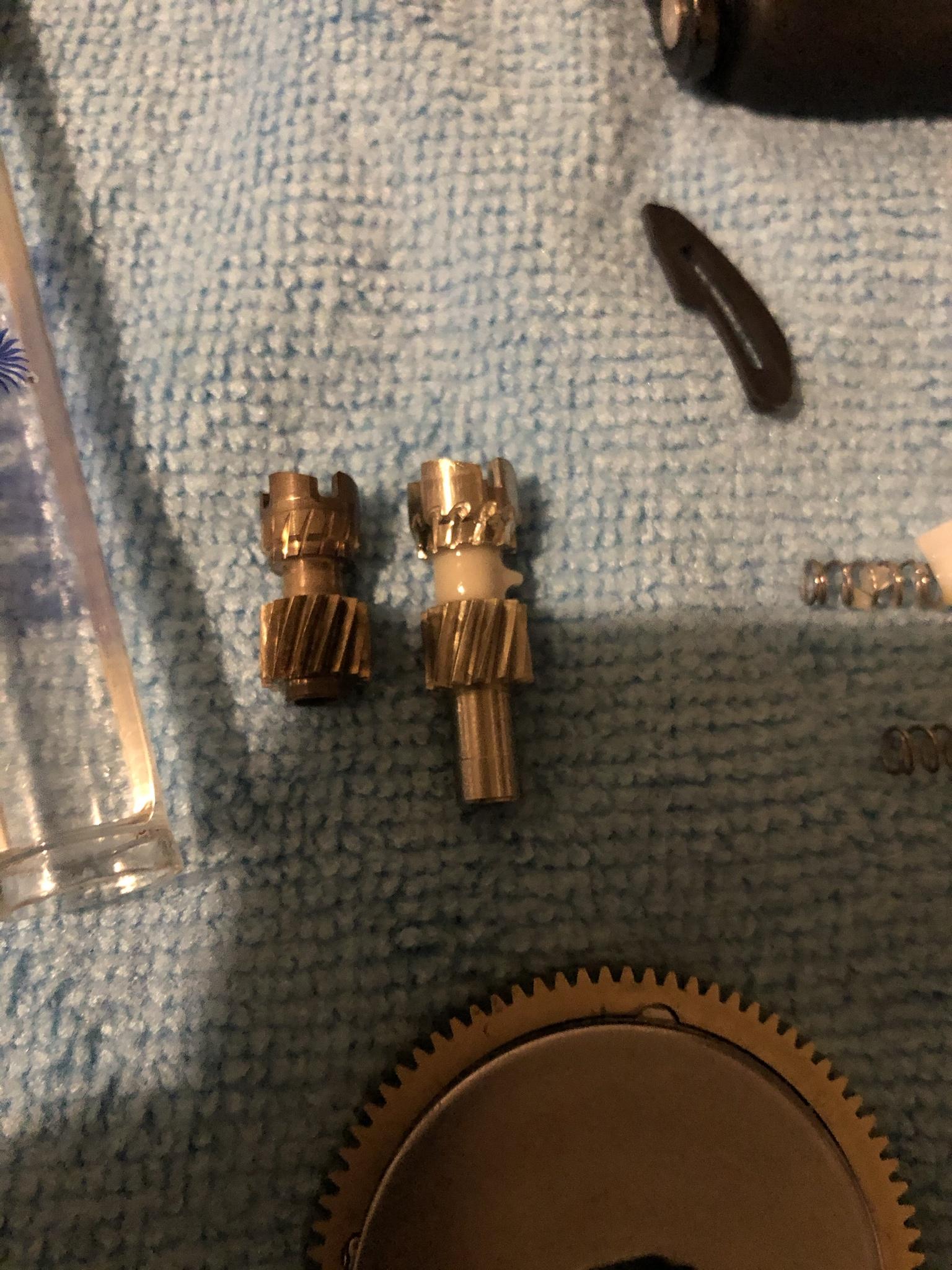 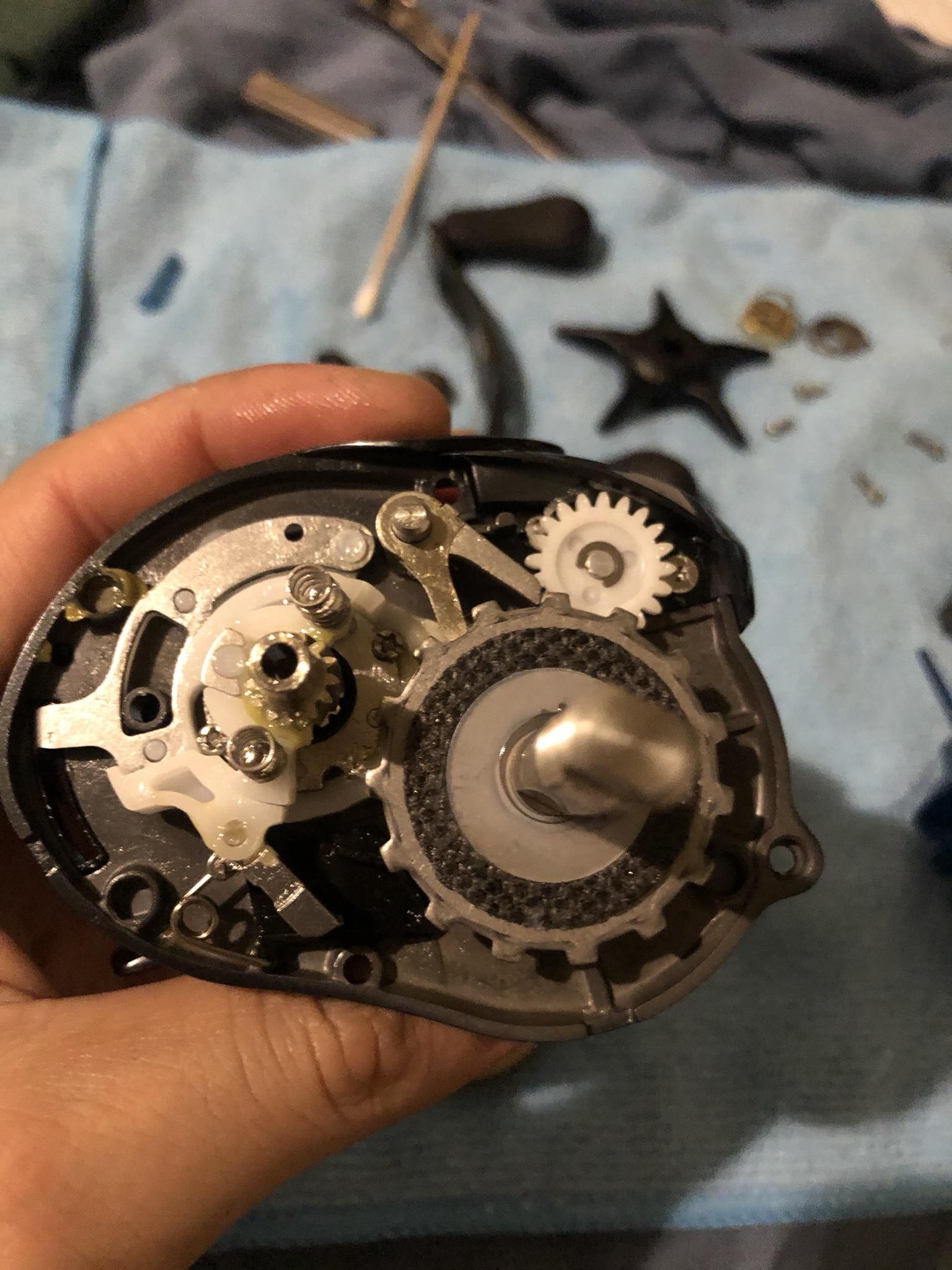 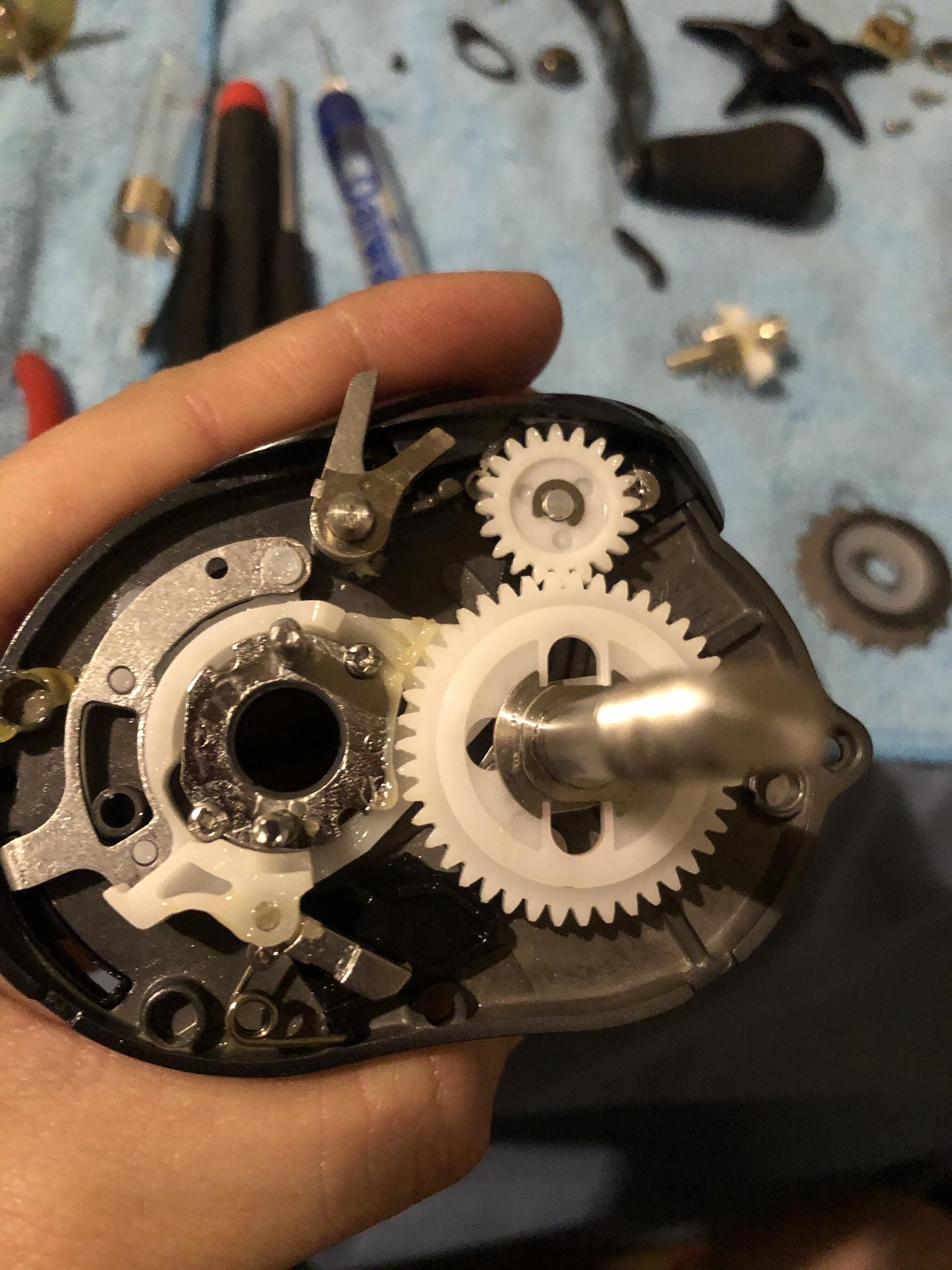 The pinion gear on the Tatula 300 looks like it is double bearing supported (not found on the Lexa 300). Very nice. First I've seen from Daiwa with the long spool shaft design. Curious if the new redesigned Lexa has it also.
Top

Big thank you on showing us some details and comparison. I am super super stoked on the Tatula 300HL

I am very much looking forward to getting my specimen soon! Of
course courtesy from the Elite Squad over at Triple T!

Capacities awesome Form and Function is supreme what I love most about this real is the fact they really trim down the Palm side which reminds me quite a bit of the smaller initial 2012 Shimano aldebaran BFS XG where they touted their core fit frame this reminds me a lot of that just in the bigger version of the tatula 300.

this is my first experience and I'm very excited at least with this particular version of what it's going to hopefully be able to do for me and mainly that's to throw the three plus ounce Bates more often/more confidently. surely you could throw heavier but my range is right around 4 oz and below total weight

For those on the fence and for the price I would highly suggest those into checking bigger profiles to check one out very very nice reel ergonomics, Aesthetics and all together very nice offering so far. Time will tell but so far my bueno

My options are Shimano Antares DC MD and Daiwa Z2020 , Daiwa likes the drag sound but its too much heavy , Antares DC its ligther and even more palmeable.

The rod is a Gran Cobra until 4oz and its a very light rod so I woulnd't like to add her a eavy reel on it.

Just picked up a Antares DC MD from Plat, only place I could find a righted reel that wasn't nearly $800. Wanted something lighter than my Z2020. I had a half spool of Sunline 25 # line that was on the red line after spooling the Z2020 and the MC took the rest of the spool. So the Z2020 and MC hold the same amount of line (just over 80 yds enough for me) and the MC is around 3 ozs. lighter.