How small is your rod and how light is your line? It's not about the size of your tackle, but how you work it. Come share your Ultralight fishing success here!
Post Reply
13 posts • Page 1 of 1

Can anyone recommend a good square bill lure for doing some bass river finesse and standard fishing? I have yet to catch a bass on a crank bait in all of my years fishing. I fish mostly soft, jigs and spinners so I honestly don’t know where to begin and have been overwhelmed with the selection. If you had to fish one square bill for river bass...which one would you choose.

Thanks in advance,
Trout McGhee
Top

Academy H2O cranks are great. The CRUL is a small squarebill that casts well. I use them quite a bit and they work for bass and crappie... even big bluegills will whack them.
Try not to let your mind wander. It is much too small to be outside unsupervised.
Top

hoohoo - Thanks man! That Crul looks like it may be the ticket. CRS doesn’t look bad either. Do you replace the treble hooks or just fish it straight out of the box? Any special retrieve with it?
Top

TroutMcghee wrote: ↑
Mon Jun 17, 2019 3:15 pm
hoohoo - Thanks man! That Crul looks like it may be the ticket. CRS doesn’t look bad either. Do you replace the treble hooks or just fish it straight out of the box? Any special retrieve with it?

I vary the retrieve. Sometimes, they want it burned, other times, just a slow steady retrieve works fine. The stock hooks seem fine to me, as they aren't the cheap bronze trebles that come on some inexpensive cranks. I haven't had any problems and I've caught fish up to 5# with them. The CRS is only slightly bigger than the CRUL. Btw, I am less then 45 minutes from Athens. I was in the Academy over there just yesterday, after eating at the Varsity.

Try not to let your mind wander. It is much too small to be outside unsupervised.
Top

This Varsity isnt quite the GT experience, but it sure beats the heck out of dealing with ATL traffic!

Will definitely check out those Academy cranks. Thanks for the heads up on them. And feel free to look me up if you ever want to chase anything in the water!
Top

My search for UL sized squarebills went into high gear when Lucky Craft discontinued the SKT Tiny .5 size baits. Last fall I decided to try and modify existing baits to what I wanted. It turns out the Rebel Super Teeny R that's in virtually every WallyMart for under $4.00 has a fairly close body profile to the discontinued LC's, but the Rebels are round bill instead of square.

I sourced Lexan sheets in varying thickness from fleabay, then downloaded bill templates from a lure making website. Without going into great detail about the process right now, I carefully removed the stock round bill from the Rebel with a dremel equipped with an extremely thin diamond cutoff wheel, made a new bill from the Lexan sheet and epoxied it in place. The Rebels were cheap enough to sacrifice one or two, I had cut one in half to see where the rattle was located so I knew where to drill into a good one in order to silence it when I wanted a silent version. In doing this I discovered that in spite of the basic (and limited) paint schemes and crap stock hooks, the Rebel was a very well made bait. Here's a few of the early ones, I was playing around with different bill thicknesses and shapes. 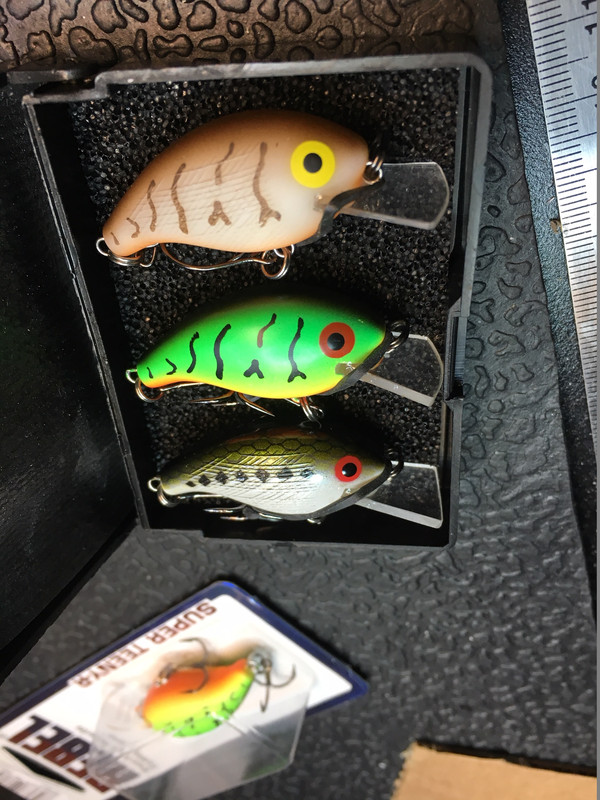 Here's my original prototype, which I still fish to this day. Upgraded to Owner ST-36 hooks, it does the job. 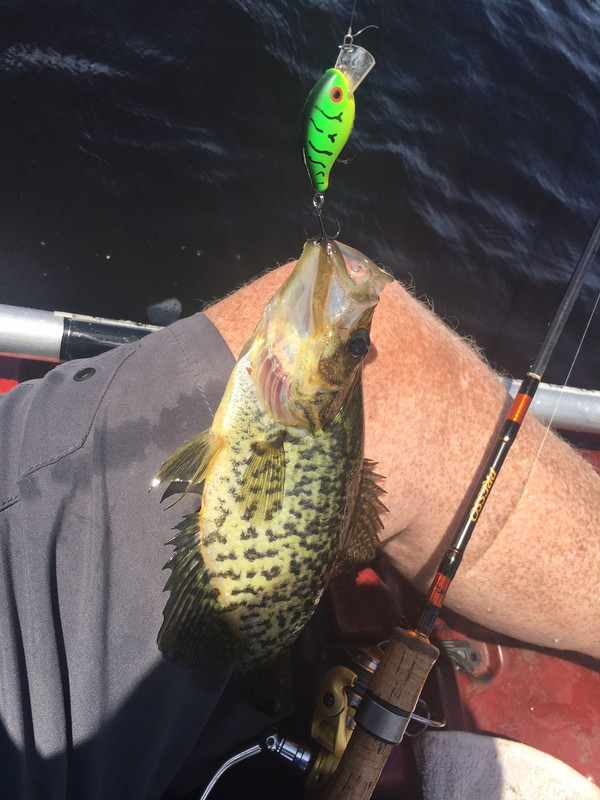 Cool! I like to whittle the front of rebel poppers to the same shape as a Rico and throw ST-36 hooks on it.
This is the way.
Top

WOW...jersey...that is some serious dedication right there man! I will be picking up some of these on the next Wally World trip. Would you mind giving us the lexan size you settled on for the mods? Thanks for going the extra mile!!!
Last edited by TroutMcghee on Sat Jun 22, 2019 5:45 pm, edited 1 time in total.
Top

If you file/sand the underside of the bill's leading edge to more of a knife edge it will dive faster and deeper.
Top

I haven’t really done any major mods to baits before...thanks for all the advise and methods!
Top

Take a look at TackleWarehouse. They have some LC cranks there that are 6.99 a pop. Lots of colors and options there. They are a very good value crank. Plus should you not like them you can sell them easily.

I am not as big of cranking guy as some but for the money if I was picking some brands I would get a combination of the LC, 6th sense and KVD 1.5.

I would also suggest getting most of your cranks to start in the 1.5 size. The profile is very good for general bass fishing and the weight and pull of the bait is pretty forgiving on most rods.
Top

Bomber Square A and Norman Fat Boy are 2 of my go to cranks if I want to throw something with a smaller profile.
Top
Post Reply
13 posts • Page 1 of 1