Reels are the hottest topic for TackleTour. Everyone wants to know what the latest and greatest is and how they compare to the old guard. What's the best for light stuff, or what's your suggestion for heavy cover. Do we really need different retrieve ratios? It's all in here.
Post Reply
11 posts • Page 1 of 1

So I've come across a few corroded reels in my time with servicing, lots of Steez's, Exists (non Zaion), Chronarch MG's, Aldarbaren's, Stella's, Core's, Metanium's, and the list seems to go on and on and on...

Here in Aus it seems that our salt water is pretty harsh in comparison to elsewhere in the world, and the ownership of reels is a real one sided abusive relationship especially when it comes to servicing!

Ive always wanted a Calais - yet when one presented in this form I couldn't leave it be - it'll come good.

The Calais has a new lease on life planned for it. A complete strip of all the Chrome plating (which in my honest opinion is lunacy for the environment it encounters), a soda blasting to rid all corrosion off the body halves and hood, and strip the paint off the frame (but leave inner greyed surfaces of gearbox and left side)...

So I guess these are cautionary pictures of Mg corrosion in primary, however all metals can and will corrode - given the time and the environment for it.
Last edited by Slazmo on Sun May 27, 2018 4:42 am, edited 1 time in total.
Top

This actual pic is of the reel completely rebuilt and the corrosion removed to bare Mg and sealed with black potting epoxy - just waiting for two new technical knobs from Shimano at that stage.

The corrosion I noticed on the reel was due to the gent that sold it to me led to believe that the clutch bar was being restricted as "it doesn't always return all the way up on the wind".

So these are the pics - have heaps more on file of other's I've come across in varying stages of corrosion - a little 2004 Steeze today with maybe 12 points of MG corrosion starting up inside the gearbox and frame.

Point ia to look after your gear to minimize and mitigate the chances of corrosion setting in and taking hold as shown on these two reels of mine....
Top

I going to have nightmares tonite.
Top

Did you spend money on em just to make a project out of it?


I've always said....go ahead and fish your mg reels in the salt...they won't fall apart and be rendered useless overnight.....it takes a long time! But...once it starts....good luck!

And yeah....i've experienced areas with drastically higher salinity...
Florida keys everything gets a white powder coating after spray and dry....but up in the north east...nope.
Top

When you say long time it depends on level and severity of damage - wear and tear on the EI coatings increases the speed on damage. The corrosion of Mg is self sustaining and continues with humidity in the air.

Also it can pay to use a good quality salt neutralizing washes too as long as they dont strip oils and greases from necessary areas where they protect.
Top 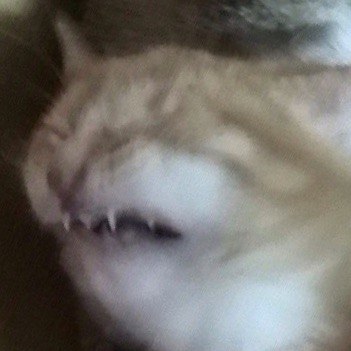 Never leaving freshwater now. This is like showing a swimmer a shark attack picture.
Top
Post Reply
11 posts • Page 1 of 1