Enough with the tackle. LETS SEE SOME FISH!

A few from this year 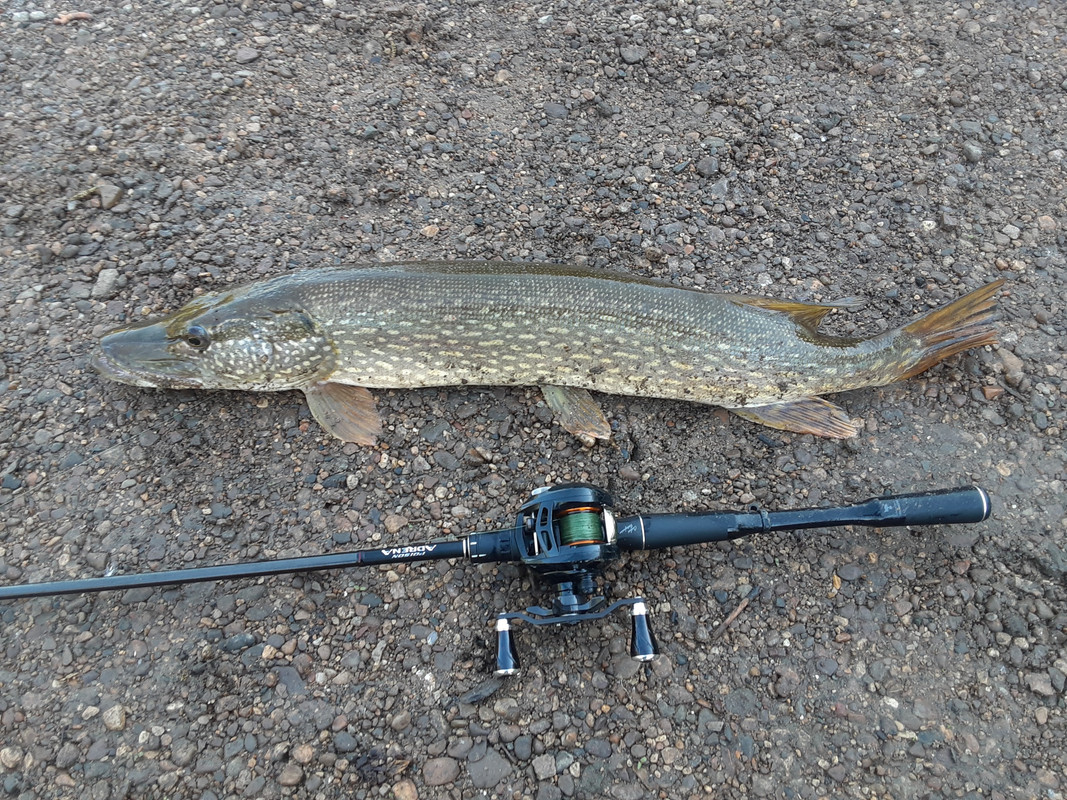 This guy ate a morning dawn rat before work (the rat is in his mouth at the time of the pic).
Top 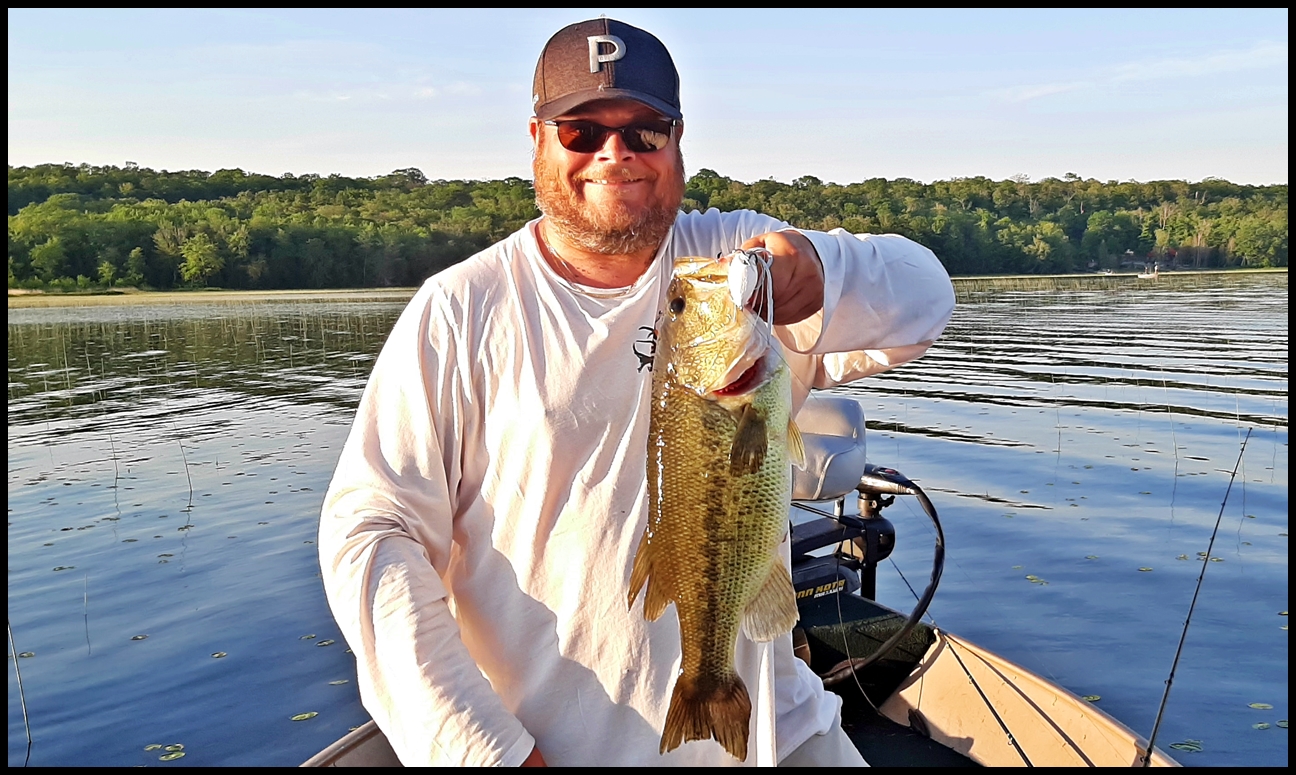 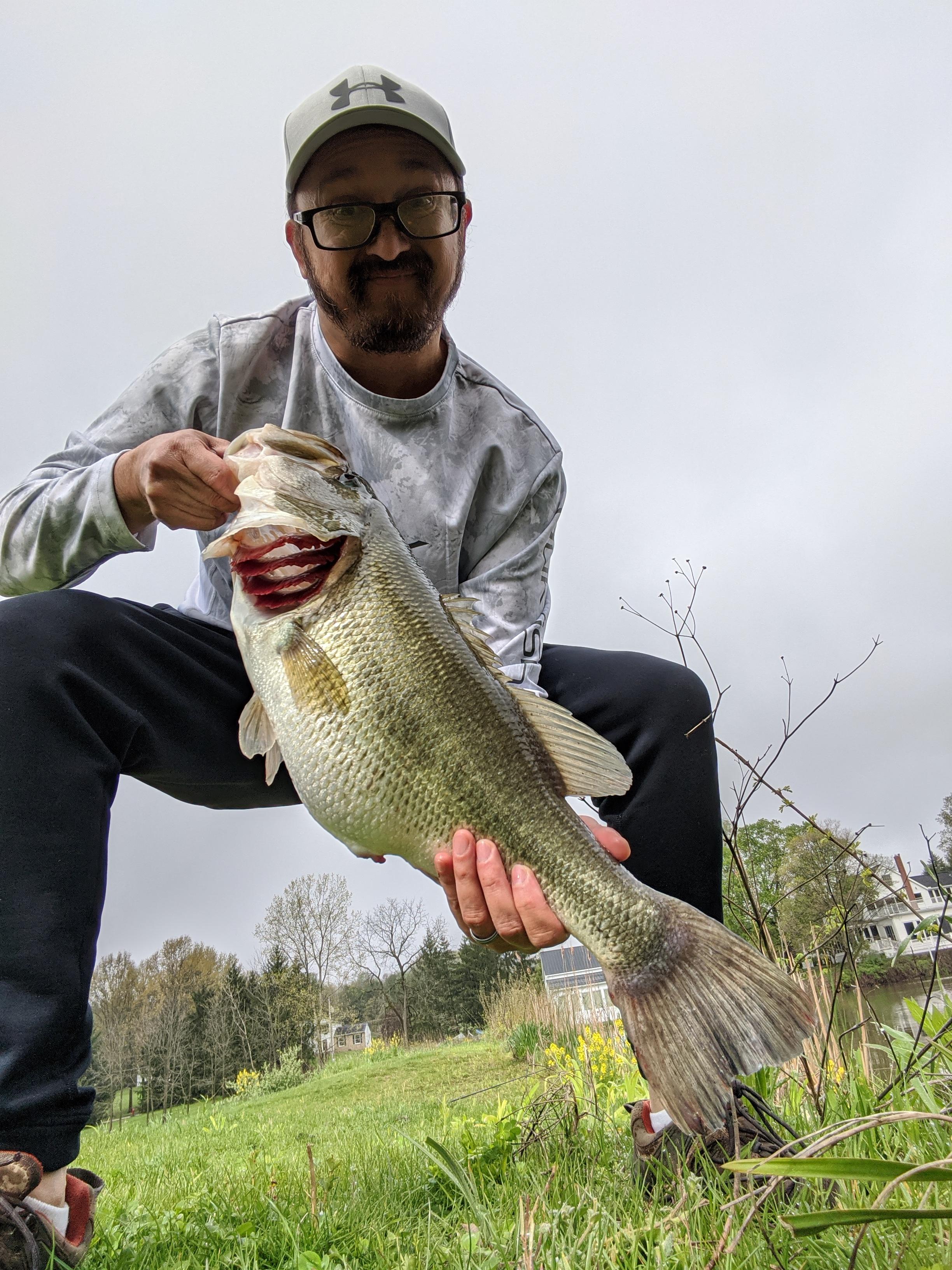 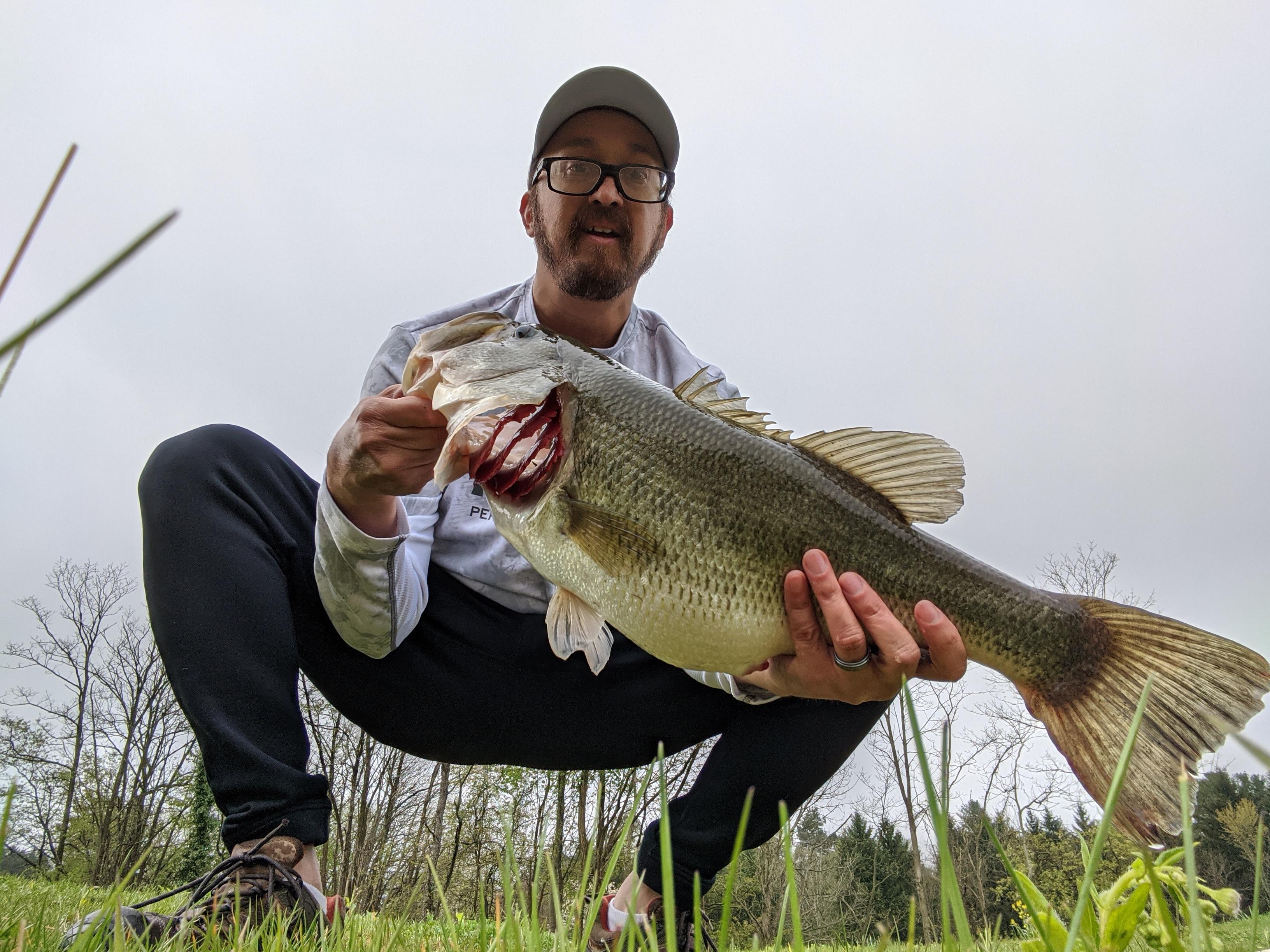 Toku thanks for the Deja vu

Crankbaitaddict is keeping me honest and I like that. Just posted some tackle, but let's not forget the main reason I'm out there every day....

We went to fishing to a small lake which is near to us. Lake is known as pike lake, but we haven’t never got any real big pike from there. And therefore last times when we have visited there, we have focused to Perch, which is plenty there and sometimes those are decent sized. And still there is pikes as sidecoutch. Last week we visited also to same lake, and weather was beautiful, in fact we have had best weathers in Finland for a month from a very long time, some says, for 60 years. Last week we had great time and got serious amount of perches and pikes. Found that very little lures were most time most productive. Bigger lures doesn’t catch any bigger fishes, but catch a much less. So we paid more attention to lightest lures and reels. It was so nice to cast those little lures with my lightest boat fishing combo (Alphas ct with KTF finesse spool, loaded with 60 m of 0.10 mm Spiderwire Stealth Smooth 8, rod is Kuying Superlite SAC762S: Casting 7’6”(2.28m) Lure:0.6-10g). This setup is sooo enjoyable casting ~4 g I have used this spool mainly for true finesse, but actually this spool really shines on a little heavier lures and Kahen brake works amazingly good. Adjusted correctly and during for a 1/3 of cast there appear loose line in between line guide and first rod ring but still birdnests appears rarely. Pretty amazing on this weights… Hard to even imagine or wish better casting properties. This Ajing rod is very light, still backbone, soft tip, quite long for very light rating. For a small river fishing this rod is not nice, short casts are inaccurate and backbone makes it tedious to use this kind of use. But lightest boatfishing, target fishes are common sized perch and lightest pike fishing, I have never tried better rod for this kind of use. I absolutely love this setup in light boat fishing! I enjoyed a week ago that much that I planned to attach GoPro Sessions to rod for this trip, but I got hurry again and I didn’t have time to think camera.

On Saturday weather was amazing nice again, I have told that same kind of weather is in Thailand on December. We took a risk and not to use sun protect at all. Luckily we didn’t burn bad. Small burn of course…

Weather was that hot that we must cool off couple of times by swimming. I knew that it will be a battle to climb back to boat, but we didn’t care of that. Swimming must we go. I made some knots to rope and made temporary ladders of it. I’m so fat in this days, so I got plenty of bruises for violent climb to boat. We are very good swimmers and water was something 24C and therefore there wasn’t any danger, we can swim over that lake, it’s only 5 km or something

Fishing was once again pretty amazing enjoyable. Weather couldn’t be better and I couldn’t imagine how equipment could be better. Casting was pure joy. And we got fishes infrequently. We had heavier setups, my heavies was for casting Suicide Duck and medium setup was for frogs and small sized jerkbaits. But we quickly found that once again, right in these weather and water temperature in this lake, big lures are useless. So I used No. 1 spinners and my buddy used No. 2. I shortly tried micro crankbaits but that was useless also, so I went back to spinners.

When day was turning to evening, fishes got more active. By evening I have got something 50 perches and some pikes. It was our most fish rich day for years. By evening we was a little exhausted for hot hot day and casting all the day and got decent amount of fish, so it was time to sit a little and observe for surface activity. I saw a little twinkle in the front of bush and I imagined; was there also sudden wave? I instantly took my light setup and casted, and bum, it was fish. ‘Pike’ I reported, but right away I was thinking what it really is. And it was nice sized perch, it would be nice to eat it. But I thought that this lake needs this perch more than we, so I released it.

When sun was beginning to set, all the wind was ended and there wasn’t any waves on lake, only surface movement was by fishes. Once again I sit and looked around. Then in saw 3 sudden twinkles, and moreover to that sudden strange surface movement / wave, clearer than before. Triangle of twinkles was far away, it was pretty much in maximum distance I could cast. But cast was good, it went directly over triangle. In the centre of triangle BUM, I reported quickly that I have big pike. After 10 seconds I reported that this pike can be huuuge, my biggest catch (over 10 kg). Fight with fish was exiting and it was pure joy. I didn’t set brake to maximium what my line lasts, because it is strong. I set brake so that was appropriate for rod. Have to say that fight was a little less exiting because I didn’t scare for line break. Pike made 10 m rushes maybe 3 times. And swim around a boat at least once. When I saw it, it was a little disappointment, this was not my record. But decent Pike anyway. I estimated maybe 90 cm and maybe 5 kg. Battle was on for 15 minutes or so. We didn’t have any landing equipment because we was on perch fishing. I tried to lift pike from neck, but it was too thick. I tried to release pike in a water with pliers, but it didn’t managed. So I lifted pike from a steel leader to engine well where it was easy to release. Quick picture because pike was already lifted off from water and releasing after that. (90+ cm was length of it.)

Really nice fishing, thanks for weather and excellent equipment for fishing like that. But that I have thought that clicker is expensive (30 €), but I would be happy if I have purchased it… Also after that long fight I thought should I modify handles of this rod to single piece and thicker. My wrist was really tired after fight because that handle was hard to support.


Polkfish1 wrote: ↑
Wed Jun 24, 2020 3:38 pm
Crankbaitaddict is keeping me honest and I like that. Just posted some tackle, but let's not forget the main reason I'm out there every day....

Always enjoy seeing what all this amazing tackle can do! Nice fish man, keep up the good work with that awesome gear!
Top

Nice pike, jvelth! Decent perch, too!
Try not to let your mind wander. It is much too small to be outside unsupervised.
Top
Post Reply
1586 posts

Return to “Show and Tell”