goldrod wrote:What do you mean not a musky reel? You can catch a musky on an aldebaran.

Granted, it was a surprise and heck of a battle, but the system worked. I've caught many muskies on my standard Z200HL models with no problem, even specifically targeting them with musky baits, big swim baits, etc. I've caught a bunch on less robust reels too without issue, but I'm not regularly tossing double cow bells at them.

I pondered this reel for a bit, but decided it wasn't for me, though I'm sure it will be a great performer!


spookybaits wrote: Are the deps reels known for having flakey paint jobs(pun intended)? I can't remember them having issues.

I have both Deps "Zillion" models and have fished them extensively. There have been no paint issues with either of them. The "original" Deps Zillion has a matte finish that has proved extremely durable. I have seen paint issues with the LTD Z200 variants however. Hopefully this new one will hold up well.
www.tackletrap.com
facebook.com/tackletrap
Top

That red one isnt so good looking imo. This one is still better 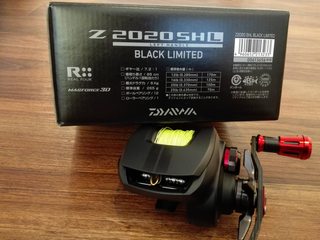 My grandpa had a station wagon that looked like this reel. It had been hit and parts of it had had been painted a shade of red that did not match the rest of the vehicle. Not even close. That is what that Z looks like.
Top
Post Reply
18 posts